CNO Financial Indianapolis Monumental Marathon
Men's Champion: Aaron Fletcher of Salt Lake City, UT in 2:17:23. Zach Beavin of Lexington, KY was second with a time of 2:18:26, in a race that saw the first five men run under the 2020 U.S. Olympic Team Trials – Marathon time standard of 2:19:00

"The race went okay – I missed the last three weeks of training because of a knee injury, so I was just hoping to run as fast as I could," said Fletcher. "I got my Olympic trial qualifying time and the win, so I'm happy."

"It was a great race – I was really pleased with it," said Knowles. "It was perfect for me strategically and what I had hoped to do. It was a fabulous course, the bikers were helpful, the crowds were amazing, and it was beautiful – I loved it."

CNO Financial Indianapolis Monumental Half Marathon
Men's Champion: Brogan Austin of Des Moines, Iowa, in a course record time of 1:02:39. Reed Fischer of Boulder, CO was runner-up and also ran under the time standard for the 2020 U.S. Olympic Team Trials – Marathon in 1:02:39. Last year's champion, Edwin Kibichiy, was third in 1:03:05. "Today felt great," said Austin. "The weather was perfect and it's a fast course, and we had great weather to work with. I felt really smooth and strong and excited for what's to come."

Women's Champion: Allison Cleaver of Austin, TX qualified for her third Olympic Trials by winning the race in a time of 1:12:47. Molly Grabill of Boulder, CO was second in 1:13:34. "The race turned out really well," said Cleaver. "Toward the end, I saw that I was at 1:12:11 with .1 to go and thought, 'I just have to sprint.' I saw the time and just kept running as hard as I could. It was very emotional and I'm so glad I did it."

"We're thrilled to celebrate our 11th annual CNO Financial Indianapolis Monumental Marathon in downtown Indianapolis," said Jed Cornforth, Executive Director, Beyond Monumental. "With the help of our civic leaders, title sponsor CNO Financial Group, presenting sponsors Franciscan Health and Apex Benefits, and thousands of volunteers, we were able to truly come together and celebrate health and wellness in our great city."

"Today's celebration of this nationally-recognized marathon was inspiring," said Gary Bhojwani, CEO of CNO Financial Group. "It was phenomenal to see the culmination of all the hard work and dedication from the runners, volunteers and the fans in a race that brings out the best of Indy and our CNO associates. Our title sponsorship of the marathon is more than just a race; it's also a commitment to health, wellness and the central Indiana community. We'd like to extend a special thank you to Mayor Joe Hogsett, and we look forward to another successful race in 2019."

Complete results and event photographs can be found at https://www.monumentalmarathon.com/results/2018-results-overview/. This is the third year of CNO Financial Group's title sponsorship, once again providing significant growth opportunities for this year's event. In July, CNO Financial and Beyond Monumental announced an extension of their partnership through 2020. In 2018, for the 11th consecutive year, Franciscan Health served as the presenting sponsor of the marathon and half marathon.

Plans are already underway for next year's event, set for Saturday, November 9, 2019. Registration for 2019 will open on January 1, 2019 with special Monumental Resolution pricing.

About Beyond Monumental
Beyond Monumental provides the Indianapolis community with a complement of activities built around their premiere event that promotes healthy living & fitness for all ages. Beyond Monumental gives back to the Indianapolis community by supporting youth programming that reinforces healthy lifestyles for young people, with an emphasis on working with urban students and Indianapolis Public Schools, donating more than $1,000,000 in 10 years. The CNO Financial Indianapolis Monumental Marathon is a top 20 marathon in the US and is nationally recognized by Runners' World as one of "Ten Great Marathons for First Timers". The 11th annual running is scheduled for Nov. 3, 2018. www.beyondmonumental.org 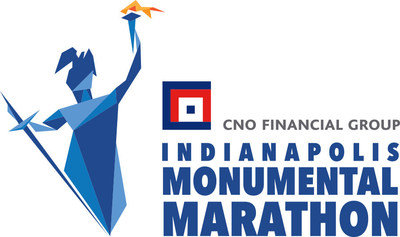